Slayer-Fan wrote: This always bothered me.


I know the hobby is expensive but just pay for the codex for Pete's sake It is not infallible! I actually have a spreadsheet I use as my primary list builder because its faster to change options and quantities than battlescribe. Once I'm done I I guess and use that to play. The spreadsheet is built from the books since battlescribe is a terrible, terrible reference so its a good opportunity to make sure battlescribe is up to date.

HQ -Builder is very up to date. They have for example all Adeptus Custodes and TS rules and prices. Is my favourite one. But of course, when you settle on a list I mostly use this builders to thinker possible lists for things I want to buit, etc A new edition brings out the passionate and not all of them are good at expressing themselves in written form. There have been plenty of hysterical responses from both sides so far. So we descend into pointless bickering with neither side listening to each other.

I rapidly iterate through list, trying different combinations to get what looks best. It's just a quick check after I have a list to make sure rules and points are right. Necrons - 4k Dark angels - 2k "You know what they say about brute force, if it's not working you are not using enough of it".

Grimgold wrote: I use clay tablets written in cuneiform to record my list which I fire, take a picture of, and share in a google doc. Grimgold wrote: Seriously people, I hate on battle scribe as much as the next guy, but you guys have reached hair shirt levels of hating.

Yet another person who uses Battlescribe. I used to use Army Builder, but I feel like that software is trash now. It was also extremely error-prone and slow to get codex updates. I'm honestly surprised that given the large digital push they've done over the last few years they still haven't released a digital army builder for their flagship game.


I suspect they've had one done for a while but can't work out how to release it, without preventing the need for buying the codex. I hear you murmur these words in the mist, in their wake I hear your hearts beat harder with false conviction seeking to convince yourselves that a brave death has meaning. There is no courage to be found here my nephews, no honour to be had.

Your souls will join the trillion others in the mist shrieking uselessly to eternity, weeping for the empire you could not save. To the unfaithful, I bring holy plagues ripe with enlightenment. To the devout, I bring the blessing of immortality through the kiss of sacred rot. And to you, new-born sons of Gulliman, to you flesh crafted puppets of a failing Imperium I bring the holiest gift of war NurglesR0T wrote: I'm honestly surprised that given the large digital push they've done over the last few years they still haven't released a digital army builder for their flagship game.

Battlescribe for me, though I don't care for the mobile version. I prefer the desktop version for making actual lists. Mobile is what I use to fiddle around with ideas. Vitali Advenil.

The pies explode, and so does his head. The way is clear. I have a Youtube. Rage Against The Imperium. Doomscythe or Nightscythe. I'm from the future.

The future of space. Galas wrote: HQ -Builder is very up to date. Balance in pick up games? Two people, each with their own goals for the game, design half a board game on their own without knowing the layout of the board and hope it all works out. Good luck with that. The faster you can find like minded individuals who want the same things from the game as you, the better.

Dakka 5. Member List. Recent Topics. Top Rated Topics. Forum Tools Forum Tools Search. Subject: Advert. Silentz Ork-Hunting Inquisitorial Xenokiller. I can show you the Google Drive docs for any one of my armies, if you prefer! ServiceGames Shas'ui with Bonding Knife. You can browse and organise warscrolls for your units for easy access, check out the rules for new additions to your collection, and find links to buy models on Games Workshop's webstore. And with the Azyr Army Builder subscription, you can craft an army that will conquer the Mortal Realms. While you're playing a game, the My Battle tool becomes your one-stop reference for everything you need.

Each warscroll displays when it was last updated, so you know you're using the most recent iteration of your rules. My Library: Browse a library of all your purchased books, ready for you to download and read — and with easy links to the store to buy more books you may like.

danardono.com.or.id/libraries/2020-04-16/rij-best-tracking-mobile.php My Battle: Select warscrolls that are in your army, along with your battleplan, Realm of Battle rules and allegiance abilities, and have everything you need at your fingertips for easy reference as you play. Rules: Read the full core rules for the game, designed for your device. Azyr Army Builder: Make army lists designed for open, narrative or matched play, with all the options and artefacts from your battletome. Personalise your list and export it to print or share. 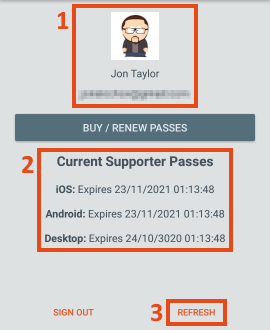 The Sylvaneth march to war!